This Game was done in under 72hs for the Extra Credits Holiday Game Jam 2018 by three people. This puzzle platformer game was decided to take a thoughtful twist in the theme "present" by tackling an important life lesson about the death of a loved one.

It is a short but concise game where you play as an ethereal being trying to help his lost friend by being his support.

*The light Character controls the block

Excellent work all around! Impressive quality and quantity of artwork, especially given the jam time constraint. The music's a solid fit for the atmosphere. The core mechanic is immediately clear and understandable, with a well-designed level progression exploring what gameplay emerges from it. I found the narrative metaphor fits well, without seeming either forced or overstated, and is a point well worth communicating. Thank you for creating and sharing this game.

Good concept. While well done, I feel there is a some potential wasted with it (well, its a game jam project after all, but I guess criticism is welcome). E.g the narration between levels: While I like this style in principle, it seems to undermine the value of the mechanic as storytelling device, without really adding anything.

To get a bit more precise: You have three things the player must learn to finish the game. First, that the white character acts as solid ground for the black one. Second, that the character position is frozen, while you control the other one. Third, that you can only proceed by jumping the white character into the abyss multiple times.

This would be the perfect metaphor for overcoming grief over loosing a loved one to depression. The dead remains with you and provides grounding (1), you can maybe understand him, but you cannot control his fate (2) and through his descent you are reminded you yourself must not succumb (3). This might not have been intended, but it is as it is.

The environment shows, that everyone has a different perspective (different geometry), and that the death is due to a medical condition (assets).

The narration tells, that life gets harder as we grow up (supported by the level design, good!) and that if you talk to the dead, you will recieve an answer. In my opinion the last part is a mistake. If the narration was only the living asking questions to the dead, followed up by the level that tells the answer, that would be a powerful message. The dead dont answer. This is hard to grasp, if you have lost someone. If you now can learn, that there might be an answer implicit in the way you were shaped/helped/influenced by him... bam! Alsothe first levels seemed to be at a time, where both have still been living (undermining the mechanics) furthe.

It also seemed to me, that you tried really hard to end on a high note with the ending lines, but at this point it is just stating the obvious and really got on my nerves. It felt a bit condescending, in the way kids shows are, that end by stating the moral of the episode.

This was quite harsh from my side. There is a lot to like in your game, but pointing out flaws was always more helpful to my designs than praise. So here you have it.

The narrative tools are cool, but slightly incongruent. Very frustrating, because it is so-fkn-close to being a great concept. Overall, a talented work.

Thank you so much for the feedback. Indeed, there are many things we'd like to perfect in the future so as to give the best posible experience.

And also thank you very much for pointing out our design details... I lot of time went into design every level amd decorations in them. Hope you liked our game.

I really apprechiate the detailed feedback. I will change the music to make the experience a bit better, i noticed dome flaws there ro. This is an error on my part and I would like to excuse me for that.

But a change in music would be quite a big change to the game, wich is not allowed if this game should be in GYMNHT ("Games you might not have Tried"). As soon as we are again allowed to make changes, ill do.

Again, thank you for the detailled Information and Game Feedback,

Really liked the game overall except for sound maybe (wich is subjective).
I find the mechanic idea very interesting. As Ryan Wires Said earlier the metaphor is really strong and touching.

As the "Sound guy" on the project, i really want to get nice Music/Sound for everyone.

Thank you for the honest Feedback, RedFusion Design

Hit me up on discord if you want to talk about the music in depth. I could give you a detailed feedback there (still it is a very subjective thing).

I hope you liked the game we made, eventhough its not the most lightthemed. We had lots of fun in developement and i hope you will have fun while playing. Have fun!

Liked it! Solid way to use your mechanics as a metaphor for the support given by those who've passed. The puzzle where white has to keep falling down the pit to let black climb was both an interesting puzzle and says a lot about the two's relationship.

I went through the game, I did not immediately realize that one man controls the stone, but then it was easy. However I don't really like games about death, it's sad. We must rejoice until we find ourselves only in someone's hearts.

Reply
The Abstract Concept of Cheese2 years ago(+1) 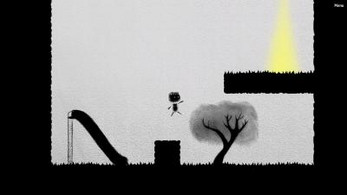 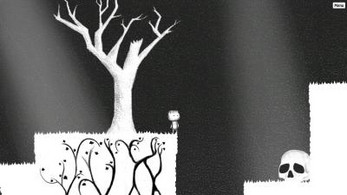 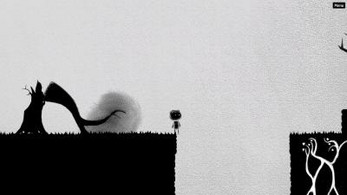 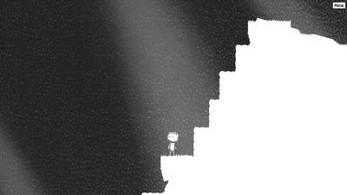